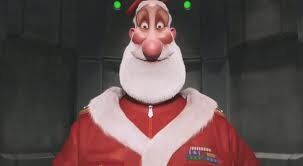 Malcolm Claus is the son of Grandsanta, the husband of Margaret Claus, the father of Arthur and Steve and a character in Arthur Christmas. He served as Santa throughout the film before passing the role over to Arthur. He is voiced by Jim Broadbent. he had a beard

he had no idea of going to find his sons

Add a photo to this gallery
Retrieved from "https://arthur-christmas.fandom.com/wiki/Malcolm_Claus?oldid=4143"
Community content is available under CC-BY-SA unless otherwise noted.